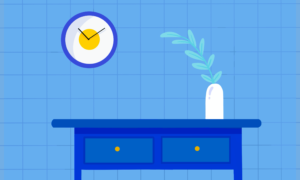 A couple of months ago, I saw a TV series called Tidying Up with Marie Kondo, where a Japanese lady Konmari visited families to help them tidy their homes. The tiding process normally starts from clothes, books to sentimental items. A rule she’s given is only keeping what’s necessary and discarding those that don’t spark joy anymore. The basic concept embedded in the Konmari method is actually similar to minimalism.

Minimalism is about living with less. This not only means getting rid of extra material possessions, like what they did in that TV series, but also includes reducing mental burdens, and decluttering other aspects of life, e.g. digital life. It’s a less-is-more mindset that gets you to reflect on the current state of your life and identify what is truly valuable. With a minimalist lifestyle, people can sort their life well to enjoy more peace and freedom.

Getting rid of excessive material possessions

Among all aspects of minimal living, what we could easily start with is probably the personal belongings. I know this may still sound like a big project, but here’s what I did:

The first thing I did was to examine how much stuff I actually own, and I started with clothing. I pulled over all my clothes from several wardrobes and piled them together, which was really appalling, especially seeing hills and hills of clothes and some were years ago but still with the label on. I came to realize that I was kinda a semi shopaholic that I never thought I was.

Then it comes to the decluttering. I had to decide what to keep and what to toss. Considering some clothes are still quite new, I spare another choice for donation. It was quite a struggle to decide which item should go, but I asked myself two main questions:

It became easier with these two standards. For example,

Tip: One thing I learned from Konmari was the thank-you ritual. Thank the item for its sweet company before letting it go. This can help reduce your inner guilt when throwing things away.

What was also suggested by Marie Kondo was organizing stuff by category instead of by location.This simply means storing the same type of items together, rather than letting them scatter in multiple places. For example, all towels go to one box, and all T-shirts should be collected in the same drawer, sorted by colors if you’d like. This helps when I need to quickly search for something, and also gives me a clear idea of the number of same items I own, which then can prevent me from buying more than I actually need.

To maintain the cleared-out momentum, regularly check if anything becomes excessive or nonfunctional. Also, always ask yourself the hard question — Do I really need it?/Do I already have it? — before you fall prey to consumerism that encourages you to buy excessively. Some minimalists stick strictly to the “one-in-one-out” principle, which means when they add something new, another stuff they already had should go. I haven’t tried this, it might be effective, but also be careful that it can lead to a simple replacement too.

Compared with visible substances in real life, what burdens us in the digital world is perhaps much harder to be noticed. A quick self-check can be: unlocking your phone and counting how many installed apps there are, or go to the photo album, and see the number of photos stored in it. In my case: 187 apps and 19220 photos. Amazing.

I decided to start the purge from those little cute apps. First I created different folders to sort them out by category. Interestingly, I realized I’ve downloaded 14 apps of a single type — photography and editing. Never knew I had a true passion for that. To downsize it, something particularly useful was: keeping the multi-functional apps because these are the ones I use most, just like TickTick, an all-in-one productivity app. Then the others are just a waste of storage. Also, let go of those barely used, for me the recipe apps, because I seldom cook, and also the recruitment apps, which were only used when I needed to look for a job. When finishing the decluttering process, the size of apps on my phone was shrunk largely to nearly ⅓ of the past.

The same process then went with my photo album, which was downsized to about 6k from 20k, after all the meaningless screenshots and repetitive selfies were deleted, and all trip photos were moved into cloud drive. This could further extend to messages or emails, if those are the severely-hit areas in your case. God bless.

I literally felt my phone was thinner after the whole process. Try it.

Reducing the amount of information I’m exposed to every day was what I did next. I’ve tried more radical way like cutting my phone completely out of daily life for 3 days in a row. It felt terrible honestly, and I used it for more hours as a payback once I got it back. A common misconception there of minimalism might be the elimination, but I think the difference is minimalism is not telling you to avoid something forever, it’s always about striking a balance between your desires and capacity.

Therefore, I’m enjoying my digital life, but I’m also trying to weighing it against my capacity of information that I can take in. Articles with exaggerated titles but cheesy contents needed to go first; numbers of newsletters subscribed should be restricted; time spent on TV series was limited; scrolling on social media posts was also reduced; notifications from apps were minimized… so on an so forth.

Lastly I’d like to talk a little about the effects of minimalism on mental world.

Also take myself as an example, I used to be addicted to expanding my social network, because I’ve long been educated: one more friend, one more road. Therefore, I took very good care of my social media accounts like they were just many MEs living on the internet. However, the larger my network size is, the more exhausted I feel. The more I care about how many likes I get for a new insta post, the more anxious I get.

Then I just realized putting so much effort into building social personas and expanding so-called friendships did nothing good, but added on my mental burdens. Why not spending more time for myself, and people I really love and care about? Understanding the truth of quality over quantity, I decided to:

After doing that, I felt so much more relieved than before, because I finally understood that my time and energy is the very limited resources I have in life and thus not everyone around me is worth it. I truly get the meaning of living with less: spending less time on the unnecessary and what consumes you endlessly, but more on what you really need and what brings you joy.

Talking all above, you might feel inspired and would also like to try the minimalist lifestyle. But before you go, I’d like to kindly remind you of three gimmicks of minimalism I’ve spotted:

In a nutshell, minimalism is a way of life and a way of thinking. It encourages us to focus more on what’s truly important in life and avoid other distractions; it becomes an antidote that saves us from drowning in numerous goods and boomed information; it helps reduce mental loads and spare some room for inner happiness.